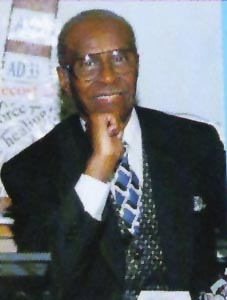 It was in 1944 that Bishop Lawson sent Bishop Bonner to Detroit to pastor the First Church of Our Lord Jesus Christ. It was a store front. Today, it is a two thousand five hundred (2,500) seat edifice known as Solomon’s Temple.

In 1961, upon the death of Bishop Lawson, Bishop Bonner became the pastor of the three thousand (3,000) member mother church, the Greater Refuge Temple in Harlem, New York City.

Apostle Bonner currently pastors churches in Detroit, Michigan, New York City, Washington, D.C., Jackson, Mississippi, and Columbia, South Carolina. He is the Chief Apostle and Senior Prelate of the General Assembly of the Churches of Our Lord Jesus Christ of the Apostolic Faith, Inc. This is an international body of churches. Under his administration, the assembly has grown from one hundred and fifty-five (155) churches in 1961 to over five hundred (500) churches and missions throughout the world. He has faithfully kept the charge of the founder Bishop Lawson, to “Add Thou to It”.

Bishop Bonner received his religious education and the Doctor of Divinity through the Church of Christ Bible Institute in New York City. Pastor Bonner is listed in “Who’s Who in Religion” (1985). Bishop Bonner’s ministry is based on prayer and faith in God. His message is one of hope and deliverance. He believes that those who pray can expect a miracle.

The Refuge Temple of Washington, D.C. was founded December 12, 1989, by Bishop William L. Bonner. The first services were held at Days Inn, at 12th and K Streets, N.W. In February 1990, Kelly Miller Junior High School, located at 49th and Brooks Street, N.E., became the church’s final temporary home. The Lord blessed Pastor Bonner to acquire the land for the church in three weeks. On October 27, 1990 the church held a ground breaking service. On June 1, 1991, the first service was held at the new edifice for Refuge Temple Church. God has miraculously brought this work to pass, demonstrating that this is only the beginning for the continuous winning of souls for His Kingdom in the Washington, D.C. area.

The ground breaking for Refuge Temple of Columbia, South Carolina was on July 20, 1993. It was organized with only twenty-two (22) members. Within three years, the congregation grew to seven hundred (700). The church is located on twelve and one-half (12.5) acres in the Eau Claire section of Columbia. Pastor Bonner’s ministry in Columbia also consists of the Family Life Center, Retirement Community and the W. L. Bonner Bible College. Previously taped television broadcasts can be viewed every Sunday at six o’clock a.m. on WIS-TV, channel ten. Previously taped radio broadcasts can be heard nightly at ten o’clock p.m. on WMFV, channel 95.3, both in the Columbia viewing and listening area.