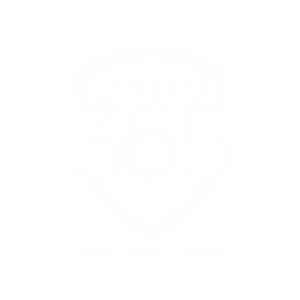 Founded in 1922, the Armor Bearers Young Peoples Union (ABYPU) is the third oldest union of the Church of Our Lord Jesus Christ of the Apostolic Faith, Inc. Our goal is to promote the spiritual growth and heighten devotion of children, youth, and young adults between the ages of 5-35.

Brief History of the ABYPU

The ABYPU began in the Mother Church, Refuge Temple on 133rd Street in New York in 1922. Bishop R. C. Lawson, our founder, seeing great potentialities in the young people if given time and freedom to exercise their spiritual gifts and natural talents, organized them into a union and set aside special time for them. Leon Seely was the first president. At that time there were only a few YP unions in the organization, and there was no thought of nor any need for a national union.
In later years, however, the number of churches in the Body had so increased, the number of ABYPU so multiplied that is was thought necessary to organize all local unions into a national one. In the early day of the ABYPU, there were the Senior groups only; but very shortly, with the increase in numbers of YP of all ages, it was expedient to create the intermediate and Junior groups as well. Consistent with the International structure, state/ diocesan ABYPU’s came into being one by one.

The name “Armor Bearers” was suggested to Bishop Lawson by Mrs. Beatrice Brooks Utterbach. Instrumental in corresponding with the local ABYPU’s and helping to organize them into a national union was Mrs. A. T. Slade who was given the title, Temporary Honorary National President.

The ABYPU has always been an organization of innovation and creativity. Throughout our leadership, changes and programs have had a lasting effect on the youth of COOLJC and International organization as a whole. Some of the innovations under our various presidents have included:

The present structure of the ABYPU is an outgrowth of the initial one organized by Bishop Lawson in 1922. Each pastor creates one in his particular church on the pattern of the one at the Mother Church and the International President strives to keep them in harmony with the principles first set forth in the initial one.

The motto of the ABYPU is “REMEMBER NOW THY CREATOR IN THE DAYS OF THY YOUTH.” Eccl.12:1.

Our current staff consists of seven officers and you can email them by clicking on there name below: