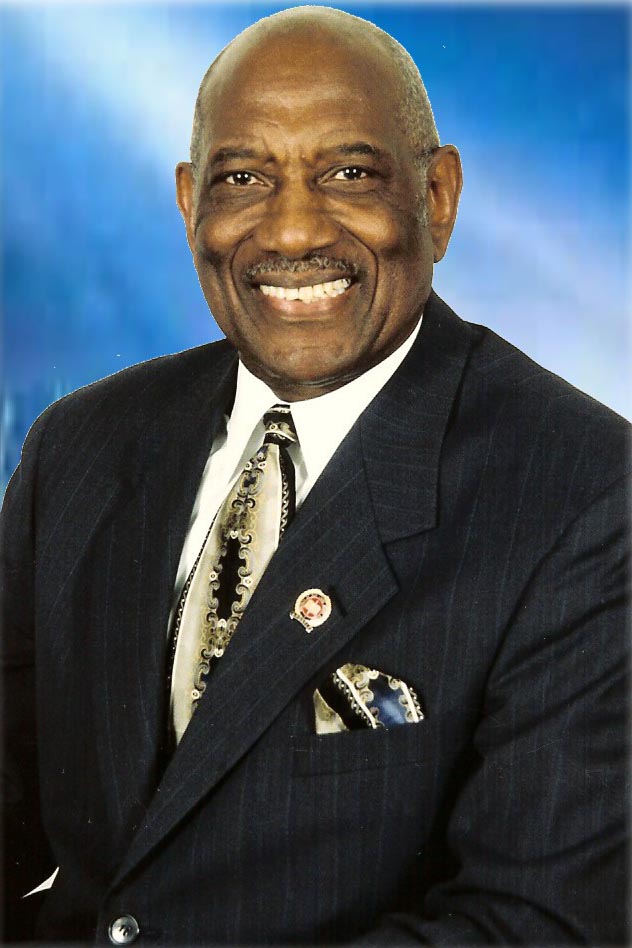 From 1995 – 2001, Bishop Gentle Groover Sr. honorably served as the Presiding Bishop of the Church of our Lord Jesus Christ, an international organization that has churches throughout the United States and in over 33 foreign countries. After serving 2 terms (the maximum number of consecutive terms according to the bi-laws of the organization) in August 2001, the Chief Apostle of the organization appointed Bishop Groover as his Executive Assistant.

Bishop Groover’s Apostolic legacy began many years before his elevation to lead the international organization. He has pastored the Greater Refuge Temple in Jacksonville, Florida since its inception in the early 60s. The church has served as a beacon to thousands who have passed through its doors. He also pastors numerous other churches within the state of Florida. He serves as Regional Apostle over the eight Dioceses within Florida, Mexico, South America, Ghana on the continent of Africa, and England.

The Lord has given Bishop Groover the vision to lead the people of God to new levels in Christ. He has a “gentle” spirit and a special gift of speech that allows him to transfer his positive sense of direction to people both young and old. He uses his magnetic personality and dynamic leadership style to attract youth and bring them to a saving knowledge of Jesus Christ.
His wisdom of speech, wealth of knowledge and anointed Spirit has earned him the right to be called an International Speaker. Bishop Groover has been the keynote speaker for conferences, conventions and other events throughout the continental United States, Canada, the Caribbean Islands, Europe, and Jerusalem.

He has worked diligently with the organization’s Presiding Apostle to help build churches and schools in Liberia, Guana and other countries. He has also sponsored and traveled on many Missionary trips to supply aid while offering prayer and support.
Bishop Groover has crossed denominational lines to share the good news of the Gospel of Jesus Christ. He has also shared the Gospel Message by way of radio (1980s and 1990s) and television (1999 – present).

Bishop Groover has a very special testimony of his spiritual birth. The synopsis includes him being filled with the Holy Ghost in the living room of his eldest sister during the Noonday Prayer Service. Later, in the 1960s, the Lord blessed Bishop Groover to meet and become friends with the now late Apostle Henry Ross. Bishop Groover attributes much of his success to Bishop Ross and his outstanding leadership.

Apostle Ross had a vision for the State of Florida and Bishop Groover has worked diligently to fulfill the vision of his friend and mentor. Bishop Groover has overseen the fundraising, design and construction of a Whole Life Center in Lakeland, Florida. This center houses community businesses, church administrative offices, a fellowship hall, a diner and a gymnasium for the Church Family as well as the Community. The facility is helping take our young people off the street and place them in a constructive and wholesome environment. It will eventually include a place for our Senior Citizens. Bishop Groover is also in the process of acquiring plans for a Whole Life Center in Jacksonville that will serve the same purpose.

In the community, Bishop Groover has served on various governing boards to help facilitate safer environments and better living conditions. He has served as a member of the Board of Directors of the Urban Ministries, is a business member of the Jacksonville Chamber of Commerce and participated with the World Class effort to help keep young people off the streets. He was conferred the title, “Honorary Chaplain” by the Chief of Chaplains of the United States Navy “in grateful recognition of devoted and valuable services rendered to Navy, Marine Corps, and Coast Guard personnel and their families.” He has also been named, “Who’s Who In The Community” for four consecutive years.

His ministry of “helps” and “compassion” is apparent in his countless visits to the hospitals to offer prayer for Parishioners, friends and many people he has never met. He has opened his home and the Church to those less fortunate. He is a strong proponent of pre-nuptial counseling as well as couples counseling after marriage and is credited with keeping many homes intact.