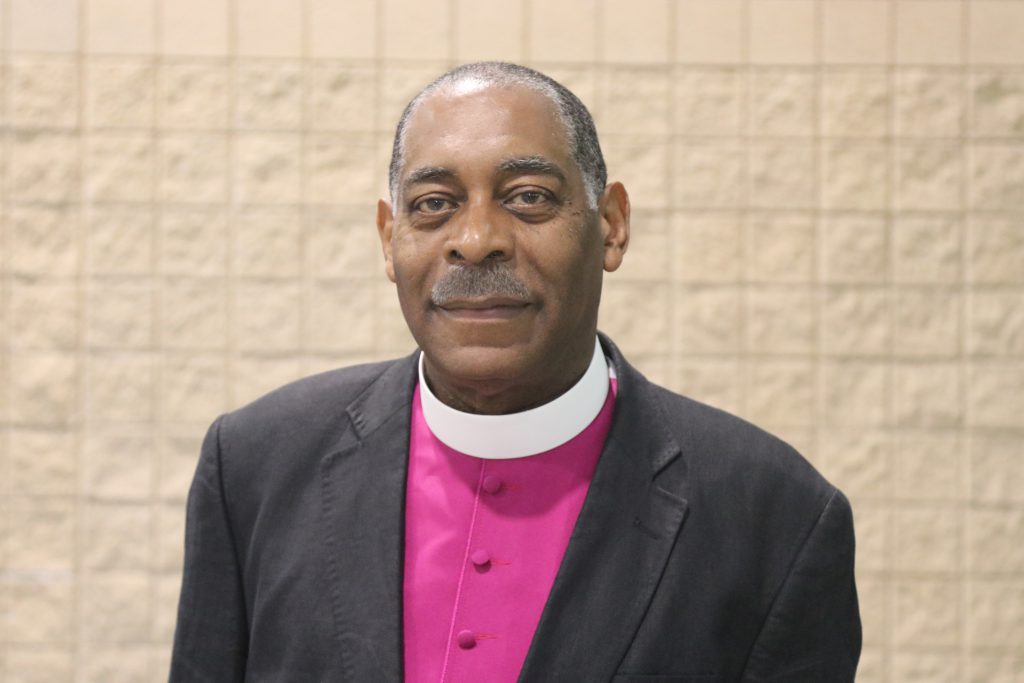 Apostle Bradford Berry, Sr., is a native of Philadelphia, PA. He owes his early development to his parents, who are both deceased. His family was led to the Refuge Church of Christ of the Apostolic Faith where Apostle Henry D. Jones was the pastor. Apostle Jones became a mentor and teacher and soon, Berry was utilized in many aspects of the churches ministry.

As a minister, Apostle Jones sent Minister Berry to Atlantic City, NJ, to continue the work he has started. Eventually, the young minister was ordained as an elder. After the death of Apostle Jones, Elder Berry was appointed pastor of The Refuge Church of Christ in Pleasantville, NJ, by Chief Apostle W.L. Bonner.

The Lord has led Bishop Berry to be a visionary and has placed a global calling on his life. An anointed man of God, Bishop Berry has worked faithfully in New Jersey, Pennsylvania, and is Diocesan Bishop of West Africa. Along with other pastors, he has held joint services called True Love Fellowship, that has grown into the annual Lift Him Up Fellowship Conference.

A powerful and dynamic preacher, Bishop Berry has traveled to Sierra Leone, The Ivory Coast, Liberia, and London, England. Bishop Berry became pastor of Rehoboth Temple Church of Christ, Columbus, OH, in 2001. In August 2005, Bishop Berry was elected to the International Board of Apostles of the Church of Our Lord Jesus Christ. An Apostle over Region IX, he currently oversees the states of Iowa, Minnesota, Missouri, Northern and Southern Illinois/WI, Pennsylvania, Tennessee, Manitoba, Canada, Sierra Leone, Africa, and West Africa Diocese.

Apostle Berry currently works as the Chief of Staff to the Presider for the Church of Our Lord Jesus Christ, Apostle Mathew Norwood. Apostle Berry and his wife Norma Basnight Berry have two children, Brad, Jr. and Dejenae, and two lovely grandchildren.